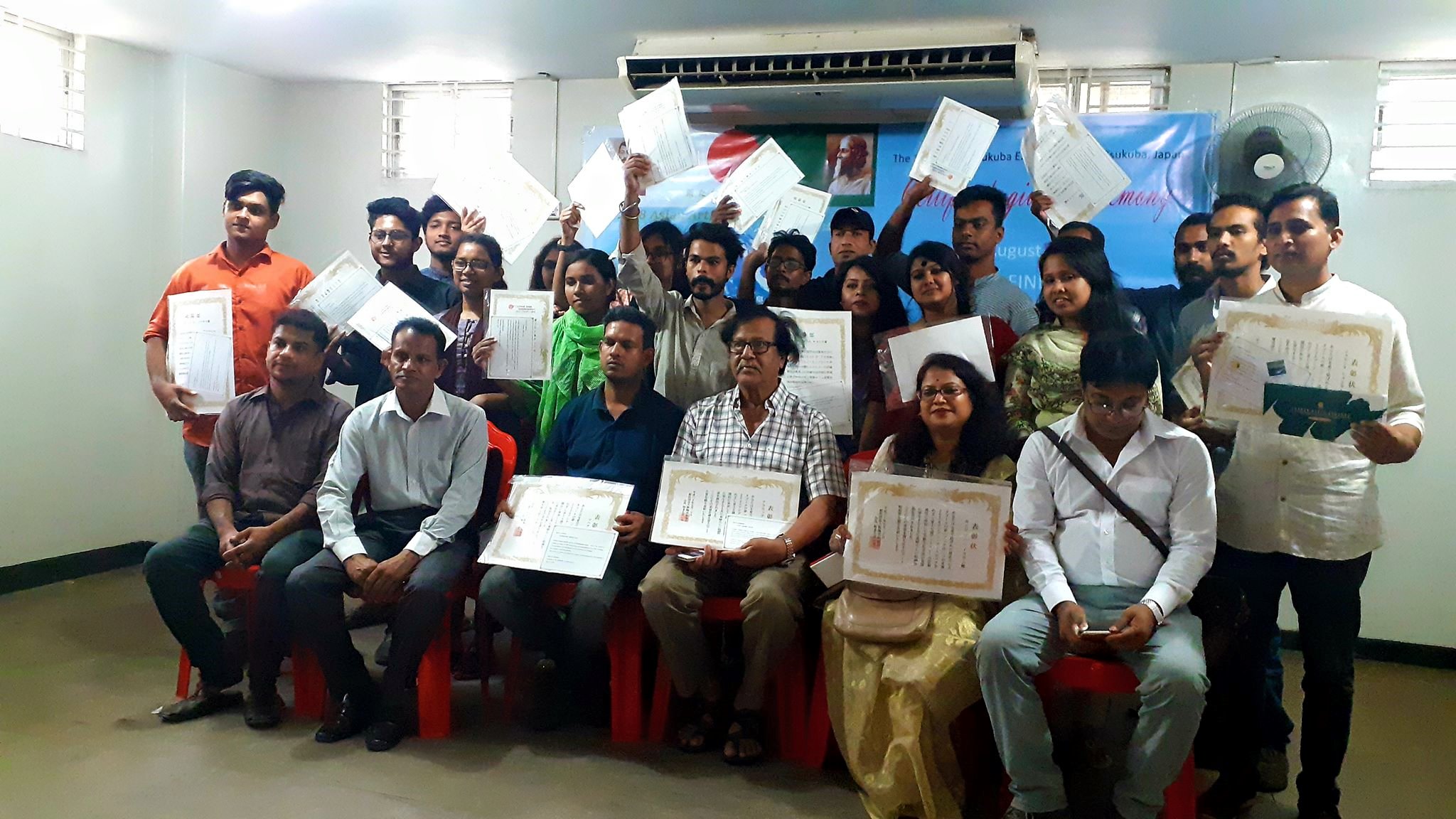 The main article is here 11 teachers, students of UODA get awards from Japan exhibition

A press release said, twenty one students and four teachers of Fine Arts Department of UODA joined the exhibition.

The university arranged a ceremony to hand over the awards at its auditorium in Dhanmondi area of Dhaka on Thursday.

Treasurer, registrar, deans, head of the departments and other teachers were also present at the function. Gloria Foundation of Japan's Munshiganj unit president Md Tarique also joined the ceremony.

Chairman of UODA's fine arts department and eminent artist Shahjahan Ahmed Bikash presided over the programme, which was followed by a lunch.